Why I Still Play Football, Despite the Risks

It was a play just like any other play.

I was a 15 year-old sophomore, proud to be playing football for Long Beach Polytechnic High School, a team that has produced a number of NFL players, including Marques Anderson, who played for the Green Bay Packers, the Denver Broncos and the San Francisco 49ers, and wide receiver Kareem Kelly of the New Orleans Saints.

My coach told me to go deep — I was to run 30 yards downfield, catch the ball and sprint to the end zone. After receiving our directives from the coach, my teammates and I lined up in our respective positions. The ball was snapped and the play began, but when I turned around to locate and catch the ball, it was not in alignment for me to catch it in stride. Even worse, the ball was thrown where a player from the opposing team could intercept it and advance the ball. As the ball was being intercepted, it felt as if the intensity of every player on the field went up a notch.

So I began my pursuit of the ball carrier. As I was running, I noticed a flash of red in my peripheral vision, and I knew it meant that I was about to get hit by an opposing player on my blind side. This was the nature of the game. The next instant, I was hit hard. I recall the opposing player that collided with me was jumping up and down as if to say, “Yeah, I got you good.”

As I walked back to the sideline, I felt strangely disconnected from everything — I recognized my surroundings, but could not quite grasp where I was. Tunnel vision began to set in and I tried my best not to panic, mainly because I didn’t want to pass out. I needed to continue to stand strong as a leader, in a game that had just taken a turn for the worse.

I walked to the trainer and told him, “I don’t know where I am.” He gave me a look that was both surprised, and sad. He knew what those words meant. My head coach came over to check on me after the trainer had let him know what had happened. And then my worst fear – a fear shared by every athlete in a competition – came true. My coach told me, “You’re done.”

In the moment, I felt helpless. I couldn’t understand why my coach wasn’t allowing me to get back in the game and help the team. But when I went to see a doctor the next morning, I knew why he made the call: I had suffered a concussion from the hit.

Clearly, I’m far from being the only football player to have had this type of experience. According to recent reports, between 1.6 and 3.8 million sports-related concussions happen in the United States each year. Of those, between 136,000 and 300,000 are sustained by high school athletes, and the number of reported concussions in prep sports is on the rise.

At the pro level, there were 190 concussions reported by the NFL in 320 combined games played in 2011. And the National Institute for Occupational Safety and Health found that football retirees face inflated rates of brain disease caused by repetitive concussive blows to the head during games.

In any given pro game, 300 pound athletes standing six feet tall or more use every ounce of their power and speed to maximize their impact against opponents. Now imagine being on the receiving end of that impact about 60 times a game. It is understandable why it’s been said that one football game at the collegiate or professional levels is equivalent to being in one car accident.

These risks are not lost on the players. As athletes, we accept them as a risk worth taking, because we perceive football’s rewards as being ultimately much greater than the costs.

In team locker rooms, you will never hear a group discussion about the dangers of concussions and ways to avoid them. Thoughts about avoiding injury are probably in the back of the mind of every athlete, but these concerns are not openly discussed — at least they weren’t on my high school team, or when I played football for the University of New Mexico.

Neither is it common for football players to go into a game looking to create concussions with illegal hits to opposing players, as some have suggested.

It’s no secret that in the interest of player safety, football leagues and government agencies alike are changing the rules of the game in an attempt to decrease concussions. They may succeed to a degree, but I’m not sure the rule modifications can change the actual culture of the game, and that’s the real issue: football is the sport of the modern day gladiator. Players are thrown into arenas, with frenzied spectators screaming their heads off for more excitement, and more violence. For players in that environment, the mental and emotional stress, and the physical dangers, are great. But so are the rewards: personal accolades, fame and wealth.

All of that being said, the last thing a football player is going to be concerned about, in the heat of battle, is moving their helmet two inches to the left rather than the right, in order to avoid potentially hurting himself or another player.

So if rule changes aren’t the ultimate answer, what can be done to protect players and at the same time stay true to the nature of the game?

I believe the efforts being made to improve the technology of protective equipment is where the most ground can be covered. After all, helmets and pads are the main reason that players are getting concussions, as opposed to dying, on football fields.

The goal has been to create equipment that is as light, flexible, durable, and shock absorbent as possible. Football equipment has evolved quite a bit over the years in this regard, but perhaps more could be done to protect players, while still allowing them to play at a fast, high level.

Safety versus performance (or fun, for many players) is an ongoing debate in football, and we may never be able to completely rid the sport of serious injuries. But by working together and coming up with comprehensive and realistic strategies, we can continue to fully enjoy this sport.

As athletes, we truly do recognize the risks involved with playing football, but just like any other passion in life, the drive to succeed makes one look past the perils. Even for players who do get injured, I’m willing to bet that if you asked them whether they would be willing to do it all over again, most would say yes.

For most players, it is not about the destination, it is the adventure of the journey. Sometimes that journey comes with pain, but the pain will never compare to the fulfillment that comes from doing what you love. And for me, that is the game of football.

Jaymar Latchison graduated with a degree in psychology from the University of New Mexico, and was drafted to attend an NFL Boot Camp for the Green Bay Packers. He is currently training and preparing for the next phase of his football career. 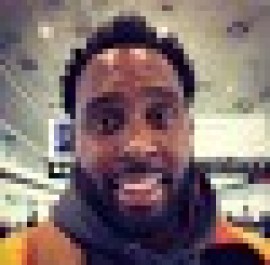 Jaymar is a graduate of Poly High and pursuing a career in professional football.