People’s State of the City Highlights Living Wage, Education and Pollution from Todd Johnson on Vimeo.

Hundreds of people gathered at Church One in North Long Beach Thursday for the 3rd Annual People’s State of the City, where community organizers and civic leaders discussed recent living wage victories, as well as work yet to be done.

Serving as an alternative voice to the official Long Beach State of the City, the yearly event is part of the ongoing Long Beach Rising! Civic Engagement Program, providing a venue to spread awareness of issues that impact Long Beach residents.

“[The People’s State of the City] is something that everybody looks forward to,” said Stella Urusa, a Long Beach Coalition for Good Jobs and a Healthy Community steering committee member. “They’re going to find out how everything connects, whether it’s housing, living wage, quality education, environmental justice. They start to realize, ‘Wow, all of this stuff connects and it’s really important for me to be engaged and to participate.’”

Among the issues discussed were living wage jobs, education, pollution and housing. Organizers cited all of these topics as contributors to the 25 percent poverty rate in the city. Organizers also used the event to encourage community members to vote at the April 8 local election.

Several community groups took part in organizing the event, including The Filipino Migrant Center, Housing Long Beach, The Long Beach Coalition for Good Jobs and a Healthy Community, Khmer Girls in Action and The LGBTQ Center of Long Beach. 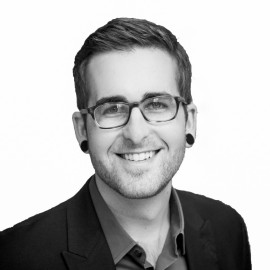 Todd Johnson is a journalism graduate of California State University, Long Beach, where he served as a staff writer and photo editor for the Daily 49er newspaper. Before joining VoiceWaves, Todd was a visual journalism intern and freelancer for Southern California Public Radio. His work has been recognized by the Society of Professional Journalists and the Press Photographers Association of Greater Los Angeles. Todd grew up in Los Angeles and enjoys producing stories about policies and the communities that they affect.