Deciding To Be a Teen Mom Was Hard, But Telling My Community Was Worse

When I announced to my community that I decided to keep my baby, even though I was a teenager, I was called a “wh*re” and a “slut.” The nicer ones still said I was “careless” and “irresponsible.”

Sure, getting pregnant was an accident. But do we have to be so judgmental? How can teens find out how to avoid pregnancy without comprehensive sex education?

In my case, sex education is no longer offered at my school, and that knowledge could have helped me at multiple points as I became sexually active, and eventually, pregnant.

In fact, I didn’t even realize I was really pregnant until I was four months along. By then, it was too late.

When I first sensed I was pregnant in the beginning of December, my mom took me to Kaiser Permanente. They gave me a urine test, and the suspense built up as we awaited the results. To my surprise, the test came back negative.

I thought I was off the hook. But weeks passed by and I started noticing changes in my body. I bought an at home test, just to be sure.

Again, the tests came out negative.

But by the middle of January when my chest size began increasing, I discussed the possibility of me being pregnant with my boyfriend. He and I both agreed to keep it a secret until we could decide on what to do about the situation.

­Questions like, “How would we support a child?” “What if our parents kick us out?” “How are we supposed to raise a kid?” passed through our minds. With the panic that took us over, our initial decision was to come up with $300 for the abortion pill. I researched the procedures and figured it would be fine, as long as no one knew. Besides, with college and work on our tables, starting a family at this time in our lives just didn’t seem right.

Our decision was final for about a month. Without knowledge of how developed a fetus becomes week by week, I continued to stay under the impression that the baby was small enough to “reasonably abort.”

But when I got an unexpected visit from an old friend of mine in the beginning of March, everything changed. She was pregnant herself and wanted to share her secret with me. When she showed me the ultrasound of her two-month-old pregnancy, I was shocked. What I saw on the ultrasound was a developed fetus; a person with legs, arms, and a face. It was far from the zygote stage, the size of a quarter, that I had imagined.

It finally dawned on me, if this is how developed a fetus is at two months, my child was probably much bigger than I had thought. I freaked out. How was I supposed to have an abortion if my child was already a “formed human?” How could a simple pill get rid of something so whole?

Soon, many thoughts raced through my mind as I suddenly found there was no way I could go through with my initial decision to abort the pregnancy. It just didn’t seem right.

Embarrassed, upset, and scared, I sent a text to my mom. She broke down. She insisted that we keep the baby. She made me promise not to make any final decisions until after I got an ultrasound.

We made the appointment and the news we received was a huge shock to my family. Not only was I pregnant, but I was already four months! I was almost half-way there. I looked at the screen and saw a boy. I was so far along that they could already tell the gender. He was huge. His arms, legs, face, private parts, etc were all developed. You could see everything clearly and you could hear his strong heartbeat. It was all very overwhelming, but at that point, I knew I was definitely going to keep my son.

Deciding to keep my baby was easy, the hardest part however, was letting other people know.

It wasn’t until April that I decided to come out and be honest about my pregnancy. To test the waters, I chose April Fools’ Day to admit it to everyone on social media. That way, it would give me a sense of the type of reactions I should expect before I got serious with my friends.

Most people weren’t too supportive.

I was constantly referred to as “stupid” and reminded that I had “shamed my family” or became some type of “embarrassment” for making “bad choices.” None of the comments or questions ever had to do with how I was personally feeling or if I was okay. It seemed that everyone was more focused on how my parents felt and what their reactions were to me being pregnant. It became very apparent to me that no one cared about myself and my child. The only thing that really mattered was how a child would affect everyone else’s lives besides my own.

They were all hung up on my age. It was extremely aggravating and upsetting to me that people believed my age should affect whether or not a child deserves to be brought into this world. A life is a life no matter how old you are.

After seeing such controversy over the years on the subject of abortion, I soon realized how many hypocrites live in this world. It doesn’t make sense to me that we can live in a society that criticizes abortions yet shuns and shames teenage parents.

Yes, being pregnant at a young age is hard for people to understand, and it’s hard in general, but it’s not impossible. In fact, it’s brought a new meaning to my life. And regardless of what people say, no one has the right to tell me whether or not I made the “right” decision. 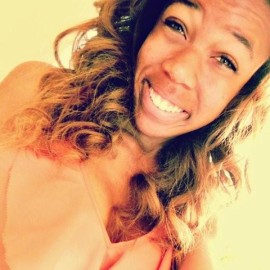