Donald Trump once again emerged as his animated and entertaining self on Wednesday, Sept. 16 at the second Republican presidential debate held at the Ronald Reagan Library in Simi Valley. Throughout this presidential election drama, there has been no shortage of controversy involving Trump. He has dominated every headline with his over-the-top persona and his plans for the future of the United States, specifically regarding immigration reform.

Trump not only plans to deport over 11 million undocumented immigrants, although he has never clarified how, but will also essentially force Mexico to pay to build a wall on the border. He also plans on repealing part of the 14th amendment, which allows birthright citizenship to children of undocumented immigrants. This particular part of his plan will undoubtedly affect thousands of Chicanxs living in the U.S., who were born here but whose parents may still be undocumented. Trump’s implementation of his immigration reform will likely destroy the lives of immigrants and immigrant families in the U.S.

For those of us in the Latinx community, the disdain for Trump first began in June of this year when Trump announced his candidacy. In his speech, Trump referred to Mexicans as ‘rapists.’

While Trump’s plan does not exclusively affect Mexican and other Latino immigrants in the U.S., his remarks aimed at Latinxs and Mexicans in particular have been scrutinized for being racist and highly offensive.

“We can have a debate in this country about immigration reform, and people can have different points of view, but it is absolutely unacceptable for presidential candidates like Donald Trump to be using racism and demagoguery against a group of people,” said Sen. Bernie Sanders who is running for the Democratic nomination. “This is the year 2015, and I would have hoped that in this country we would have gone beyond this type of racism.”

Trump’s unapologetic racism has not just hurt me deeply, but will have serious consequences on immigrant families. My parents were fortunate enough to become U.S. citizens a few years after they immigrated here, but many families will not be so lucky. If Trump is elected, his plan to repeal the 14th amendment will essentially kick out many of my own friends, family, and neighbors.

On Sept. 14, Trump spoke at a rally in Dallas at the American Airlines Center, where he again brought up his seemingly impossible plan to build a wall at the border.  Trump did not discuss any policies in his speech, but anti-Trump protesters outside of the venue were vocal and adamant in their contempt for him, displaying signs that read “Dump Trump.”

In an interview with WFAA-TV during the rally, president Domingo Garcia of the north Texas chapter of the League of United Latin American Citizens (LULAC) said, “We’re going to give him a hot Texas welcome, and show that we are a bi-cultural, bilingual state. We are about inclusion – building bridges, not walls.”

Trump may be leading in the polls for the Republican nomination, but it is improbable that he will garner enough respect and trust from majority of the Latinx community to gain their vote. As a Latina living in the U.S., it is terrifying to know that this man holds so much hate and will act upon it if he wins the election.

“As a Chicano and son of immigrant parents, it pains me to know that a good majority of my country does not want my people here,” said professor of Chicano Studies at California State University, Long Beach, Victor Rodriguez. “I thought we as a nation had progressed in terms of racism and xenophobia, but it is clear we haven’t.”

Whatever Trump decides to do next will come as no surprise to the rest of us. I’m sure that all eyes, whether they support him or not, will continue to remain on him. 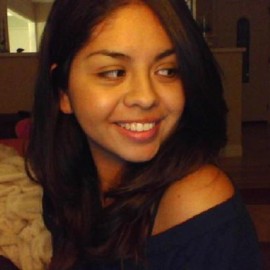 Daniela is a journalism major and Chicano studies minor at California State University Long Beach. She hopes to write for a publication that focuses on health and immigration reform, as well as other social issues.