For centuries, millions of women all over the world have used some form of birth control. These days, personal reasons have driven women to choose very specific types of birth control: the daily birth control pill, the morning after pill, or intrauterine devices, just to name a few.

Under the Affordable Care Act of 2010, women must have access to any of the 20 forms of birth control at no cost to them. However, earlier this month, the Supreme Court of the Unites States changed that, when it ruled that companies did not have to provide coverage of contraceptives that were against the employer’s religious beliefs. According to the explanation for the decision, women have the right to contraceptives, but the employer isn’t responsible for paying for the contraceptives. The decision also required insurance companies to pay for the contraceptives. However, a subsequent ruling, Wheaton, allowed companies to exempt themselves from having to fill out the exemption form. This could hinder the insurance company’s and the government’s ability to pay for contraceptives when a company refuses to pay.

As a young woman, I have one response that many of my peers share: Mind your own business! The employees deserve their share of privacy, and the employers’ religion shouldn’t determine what form of contraception a woman might have to pay for out of pocket.

In my opinion, women need to be given the option of choosing any of the 20 contraceptives. Their options shouldn’t be limited because it is against their employer’s beliefs. No woman is the same, and each woman has a different preference.

I, honestly, believe that insurance companies need to give women the right to choose from all of the contraceptives in order to prevent women from being hurt or dissatisfied with a form of birth control. Birth control is a matter that should be kept between a woman and her partner; employers shouldn’t get a say.

VoiceWaves asked teenage women in Long Beach, “If a woman is covered by her employer’s insurance, should the employer determine what methods of birth control they will pay for and which they will not?”

“Each woman should choose what method of birth control works best for her since it is her body and not the employer’s. I think insurance should cover all birth control because all girls should have the right to protect themselves at no cost and prevent themselves from getting pregnant.” – Lucero Casillas, 17

“Birth control is another thing that women should pay on their own; it shouldn’t have to be covered by the insurance because not having it or having it is not going to be a life or death situation.” – Kathleen Leon, 16

“If she’s covered by the employer, yes the employer should be able to pick it out because he’s paying for it. If she wants to pick her own, she should pay for it. I think birth control should be covered by insurance because your insurance is supposed to help you.” – Janaye Davis, 17

“Yes, as long as the employer is not impeding in her other personal life situations. It would just make sure the female employee is doing it for the right reason. Birth control should be covered depending on the situation. If it’s for health reasons like the girl needs it to regulate her period, yes. If she wants to use birth control as protection for sex, she should have to pay out of pocket.” – Yesenia Vaca, 16 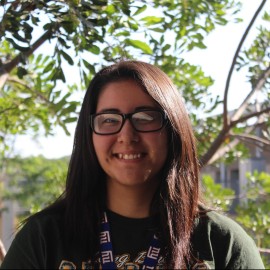