LOS ANGELES – The United States has the highest incarceration rate in the world, but instead of helping to reduce crime, overzealous prison sentences are in fact harming communities. That is the finding of a National Research Council report presented during a public panel in Los Angeles last week.

According to the report, over the last 4 decades crime rates did not show a clear behavioral trend.

“This is an issue that was debated, debated, debated and debated because [high crime] was the justification,” one of the report’s authors Avelardo Valdez said. “We looked at all of the data available and the top scientists across the country just found scant evidence that there was a direct relationship between incarceration and crime.”

From left to right: David Rattray, Rep. Tony Cardenas (D-CA 29th), Avelardo Valdez and Lenore Anderson prepared to speak at the panel on “The Growth of Incarceration Rates in the United States,” an NRC report at the Los Angeles Chamber of Commerce Thursday. Photo by Karen Sawyer.

California alone built 22 prisons and increased the number of inmates by five times over the past 25 years, Anderson pointed out. The state also increased corrections and incarceration spending by 1,500 percent. California currently spends an estimated 8,214 million dollars on the California Department of Corrections and Rehabilitation, according to the state’s budget report.

“It’s a real moment to reconsider how we improve public safety and how we stop the cycle of crime,” Anderson said. “Today’s conversation couldn’t be more important to our state.”

That conversation took a decisive turn in Nov. 2014 when California voters passed Prop. 47, which allows those convicted of non-violent felonies to change their records to misdemeanors. Doing so opens the door to employment and educational opportunities previously denied those with felony convictions.

The law is being hailed by criminal justice groups as a major step in reversing the state’s reliance on incarceration. The money California saves when state and local penitentiaries release minor offenders will be invested in grants for drug treatment, victim and mental health services and programs for at-risk K-12 schools.

California’s incarceration rate is 689 people per 100,000, according to the Prison Policy Initiative.

“The gross incarceration rates in the United States over the last 40 years are historically unprecedented and internationally unique,” Valdez said.

David Rattray made some opening remarks at the panel on “The Growth of Incarceration Rates in the United States,” an NRC report at the Los Angeles Chamber of Commerce Thursday. Photo by Karen Sawyer.

“If we’re going to call ourselves the second chance nation like we do, we need to get it right with our children,” Cardenas said. “We’re the only place on the planet that will actually try a child and incarcerate a child for life without the possibility of parole.”

“They need to work with the police more and get them to calm down,” King continued. “Give them all body cameras.”

Cardenas agreed that law enforcement “has been over-empowered to be the solution … they are not trained rehabilitators.” He added, however, that reallocating funds to preventative programs would be a more impactful solution to lowering incarceration rates.

Cardenas also noted that he is already reaching out to presidential candidates for the 2016 elections to make sure that criminal justice is on their radar and to get funding commitments before they are sworn into office. 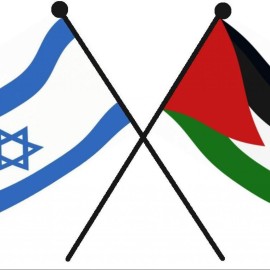