Carrying a camera, Wendy Rosales stands stage side, snapping photos to the beat of a Dreamer Boy songs. She’s not focused on the story, just the pictures. This was the first of three shows she’d attend for that week, and there’d be school for the rest of the week too.

On a regular day, you can find the 21-year-old Rosales sitting in class, wearing something comfortable and sporting ashy brown hair with bangs. She’s a student, a friend, and a music reporter.

Rosales came to the United States when she was three years old. She came with her mom, who was fleeing an abusive relationship with her dad. Rosales has been a recipient of the Deferred Action for Childhood Arrivals program since the age of 15, the earliest age she was able to apply at.

On the surface, the program may sound clear and secure, but Rosales hasn’t always felt this way. The process, according to Rosales and Jessica Rios, the program coordinator for the Dream Success Center, is pretty complicated.

First, the applicants have to pass all of the program’s obligations. Some of these include providing documentation of being in school or have graduated from high school and having a clean criminal record.

Then comes a long application that Rios describes as having a lot of “intrusive” questions. The application is $495 and has to be renewed every two years.

Rosales went a long time without DACA, and said that for the most part, she didn’t fear deportation during those years.

“When Trump won in 2016, that’s when the fear kicked in because he was saying that he was going to get rid of DACA. And that was basically my protection,” Rosales said.

This made applying for DACA a double-edged sword. With the Trump administration, she felt as though there could be consequences to being part of a government-based program with a government that wasn’t on her side.

“It was kind of scary knowing that they have all your information, all your fingerprints, your side profile pictures, just everything about you,” she said.

Rosales has also felt DACA, although helpful, is not sustainable.

“I’m not getting a green card, just because I keep renewing it every two years,” Rosales said. “Then I feel like, is there a point to it? I mean, I feel like there is, but I would need something more like a permanent solution rather than something temporary. And I feel like if we already qualify for DACA, we should be able to qualify for a green card.”

The Biden Administration has not made DACA a part of legislation, which continues to keep it temporary.

Skepticism has been a big concern for many undocumented students. Rios heard it a lot during the Trump administration.

She says students were oftentimes wondering what would happen on either end of the political spectrum. Many students felt like Democrats would say “oh we’ll help you,” but remained  skeptical about their concerns being met.

This fear however, is often met with what Rios describes as resilience. She says the students she sees are resilient not because they want to be, but because they have to be.

“People think that things are handed to us and we’re just getting [special] treatment… that immigrants, we’re here to take away the money of America,” Rosales said. “But in reality, there’s so many DACA recipients that [have] given so much to our communities.”

Rosales does this through her writing.

“I met somebody that introduced me to the world of publications, cause she had her own publication and she asked me if I wanted to write a story [on] my favorite artists… I had never had experience with photography, but I had a camera and I ended up going and basically from there I started shooting art shows for that magazine,” Rosales said. “And in 2020 I decided to make my own publication.”

BadWreckMedia was established during the pandemic. What started as an idea and a passion for music, became a big deal for small music. Rosales started this with two friends, one who does a lot of the editing and producing, and another who does website design. Together they created a fluid and artistic website dedicated to lesser known  artists, like Kali and girlhouse. Articles range from show coverage to profiles.

The publication has gained traction, and Rosales says it inspires both artists and journalists alike.

“We’ve seen a couple of other publications pop up from other friends,” Rosales said. “There’s not really competition there. Because everyone’s just kind of doing different things… I also think we give artists freedom. And when it comes to journalism, we talk about things they want to talk about, it’s not necessarily like we’re writing about things that will get clicks.”

Sam Plancencia, Rosales’ friend and a contributor to BadWreckMedia, said she works with the publication because she’s “always been passionate about music” and she feels it’s a place where she can grow a larger community for the music she loves.

Placencia also notes that she’s incredibly proud of Rosales. They both often get excited when the team is invited to another concert or put on another list, and Placencia knows that Rosales gives the website her all, even buying her camera with her own money.

When looking at Rosales’ life, there are many things that stand out: she is a DACA recipient, a proud woman of color, a music journalist, and a first generation student. And while each of these come with adversity, none of it has stopped her.

“I’m not really caring about what’s going to make me successful,” Rosales said. “I just feel like I’m doing the right thing.” 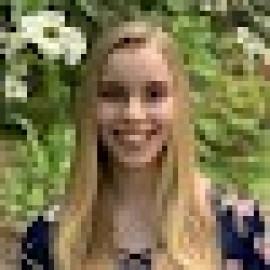